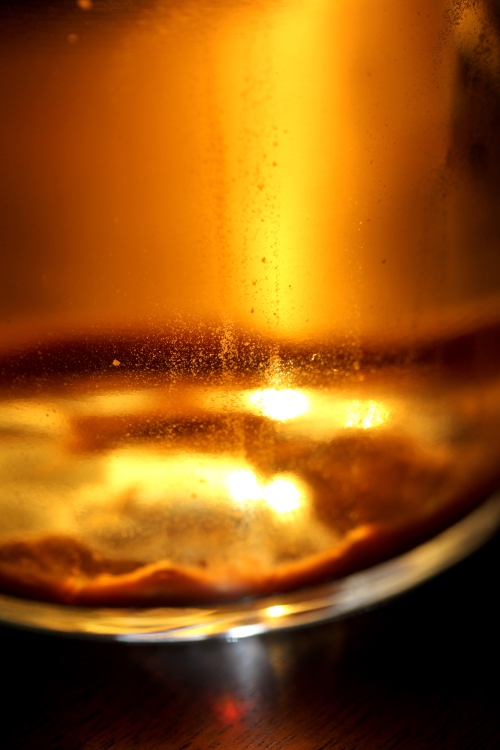 …And what a ridiculously long and pretentious title that is. But really, if you love whisky, and you love the toasted, malty flavours of browned butter and maple, do go make this. However, keep in mind that you need to let the whisky infuse for three days before making this – so if you hurry, you’ll have some by the weekend.

Also makes for an excellent gift. 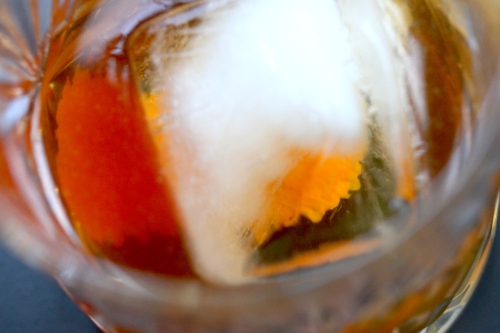 taken and adapted from this wonderful site.

combine the whisky, maple syrup, and bitters in a tumbler. Squeeze the orange rind over the top and drop it in, giving it a bit of a stirry-smash to release some more of its orangey goodness. Add the ice and give it one last stir.

500ml whisky (go for something that’s drinkable on its own, but not sinfully wasteful if mixed into a drink – I used Red Label here)

A coffee filter, a clean tea towel or muslin of some sort

a 500ml bottle, to store the whisky in

Melt the butter in a saucepan over low heat and let it sizzle gently until it smells deliciously nutty and has gone a nice shade of hazelnut brown. This will take a moment or two, but be sure to keep an eye on it, because it can go from brown to black in an instant. Remove from the heat and let it come to room temperature (otherwise it’ll sizzle when it gets into contact with the whisky, and you lose precious alcohol percentage for nothing). Pour the butter and the whisky into the jar, screw on the lid, and give it a good shake. Then, place it into the fridge for three days.

Once those three days are up, filter the whisky into a bottle, using the coffee filter or tea towel. I regretfully don’t like whisky flavoured butter, so I usually discard it. If you’re a fan, please use it. But basically, once you’ve transferred the whisky into the bottle, you’re done! Keep it in the fridge between cocktail – making.